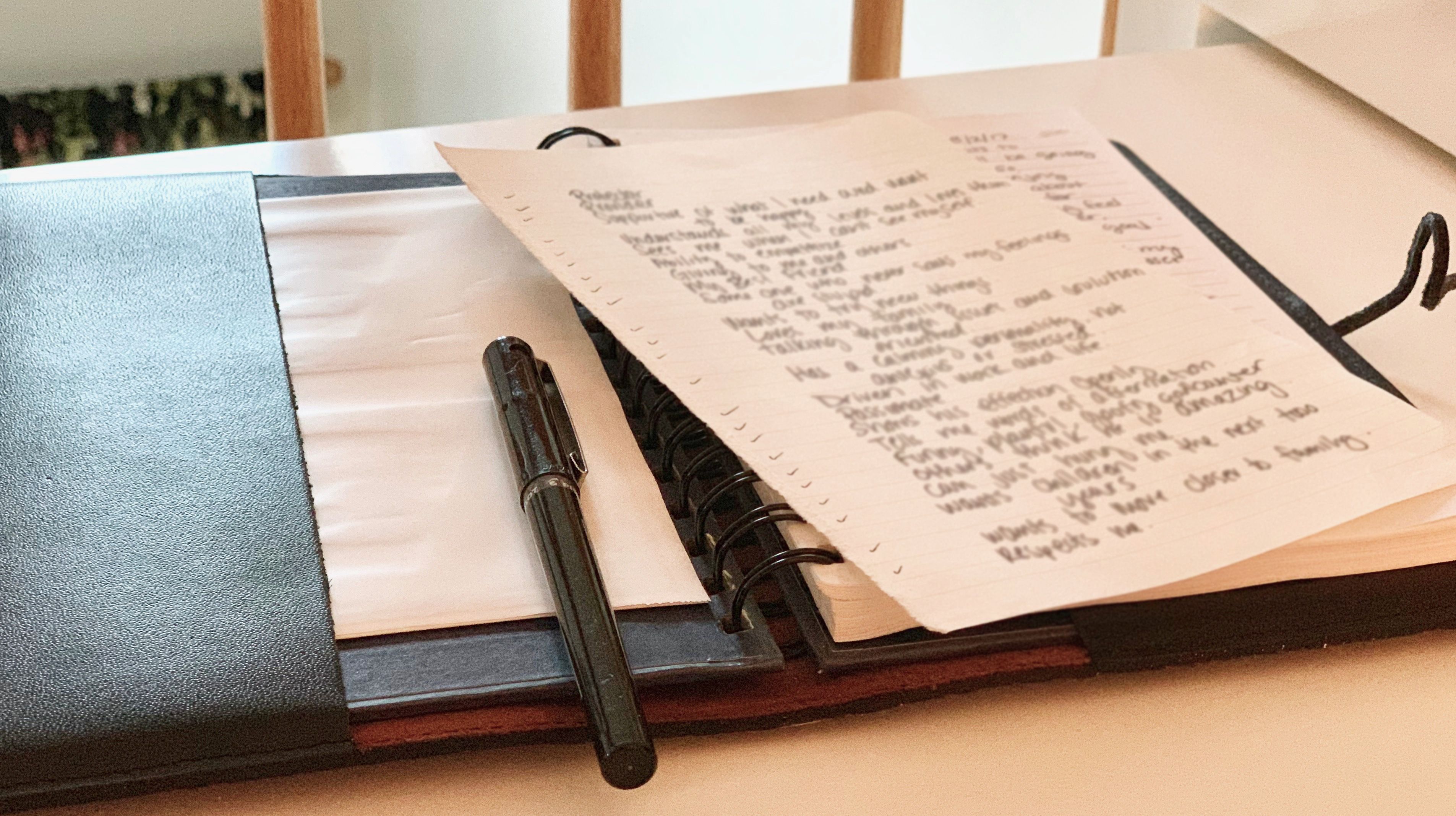 After my expired marriage at 33; I began dating; having no clue what the heck I was doing. I mean the last time I had dated there was no smart phones and texting didn't even exist. Men had to call to talk to you and then ask you out. This was definitely not the case these days with dating apps like Match.com and Bumble. Swipe right if you like the way someone looks? Doesn’t that seem like the most crazy thing in the world to base a life long partnership on? At least for me this was not how I wanted to start a new relationship. So I did what any 33 almost 34 year old woman would do. I deleted all my dating profiles and pictured a life of loneliness, with no kids, no husband and lots of cats (no offense if you love cats, but that is actually my worse nightmare).

The thought of never having a family was sad for a while. Never finding the right partner was also pretty upsetting as well. And for a long time I let this “lack” mind frame keep me in a place of self pity and “not enoughness”.

The day I decided to stop feeling "lack" in my life is the day the shift began for me. After dating a number of men that just weren’t cutting it, on so many levels, I decided to STOP. I just stopped. I remember saying to myself out loud “It is better to have no one, than the wrong one”. I let go completely of just having some one for the sake of having someone and started to be ok with the idea of being alone.

Because in the end it isn’t about someone completing you. It is about 2 whole people complementing and lifting each other up to reach their own highest Selves.

I noticed that I seemed to be attracting and dating the same type of people that were horrible for me. So instead of thinking about what I didn't want in a partner, I started writing a list of what I did want.

• He must love my family

• He must respect my dreams even if they are crazy

• He must be kind to others, good with children, generous, caring, goofy…

After completing this list I tucked it away in my journal and went on with life as a single 30 something woman. However, I wasn’t the same. This list unknowingly provided me (and the universe) with a detailed blue print for the next person I would let into my life. It made me feel like I now knew exactly what I was looking for. It gave me the confidence to know “if I never found the person on the list, I would be just as happy alone. Because I deserved the same love I gave”.

Part 3: How To Grow Love

I met Drew at work. He was tall, confident in a super awkward way and had an amazing low voice that could calm anyones soul. We worked great together, we could talk about anything, and solve any problem with ease. We had the same views and values. He instantly became one of my favorite parts of coming into work. We were the best of friends, telling each other who we were dating, issues we were having in life and confiding in each other for support. We were friends and it began to grow.

Our love story is not one of passion and romance. Hahaha, it is almost the exact opposite. It is a love story of mostly awkward moments and random acts that got us to start hanging out. He would come over to watch a movie, we would grab a drink as friends and talk, he would spend the night on the sofa if it was too late to go home… and the more and more we hung out the more and more I grew to want him around. This went on for a few months until one day when I was writing in my journal and I saw a piece of paper sticking out from the pages. I pulled it out and there it was, the list I had created so long ago. I decided to look at it and began comparing it to Drew. One by one I went down the list and one by one Drew checked off every single item. I was in shock. It was him, all along.

At that moment when seeing the list again, I realized I had manifested the love of my life with a single piece of paper. That day I had surrendered all my desires for a partner to something greater than me (now I call this higher power the Universe). The day I wrote that list; I let it go, unknowing the universe had my back now and also a blueprint for the person I was searching for. I had manifested Drew by knowing I was enough and my desires were enough.

Both the Universe and I unknowingly made a pact that day and 6 months later Drew and I found partnership in each other.

I will leave you with this:

Where your thoughts go energy flows.

Think "lack" and that will become your energy. Think "abundance, I can, I will" and notice it propel you to the greatest things life has to offer.

Have you used manifesting to attract abundance in your life?

As always share any thoughts comments or insight below. I would love to hear your story. How have you reset your life? How has it changed you?